Last Saturday George and I had become stir crazy in the honestly lovely little one-bedroom corporate apartment his employer so graciously provided us while we search for a house. Really stir crazy. (But it IS a nice place.)

George suggested we get in the car and find the Pacific, which I thought was a Jim Dandy idea. A couple hours and a beautiful, calming ride later, we were at the beach! 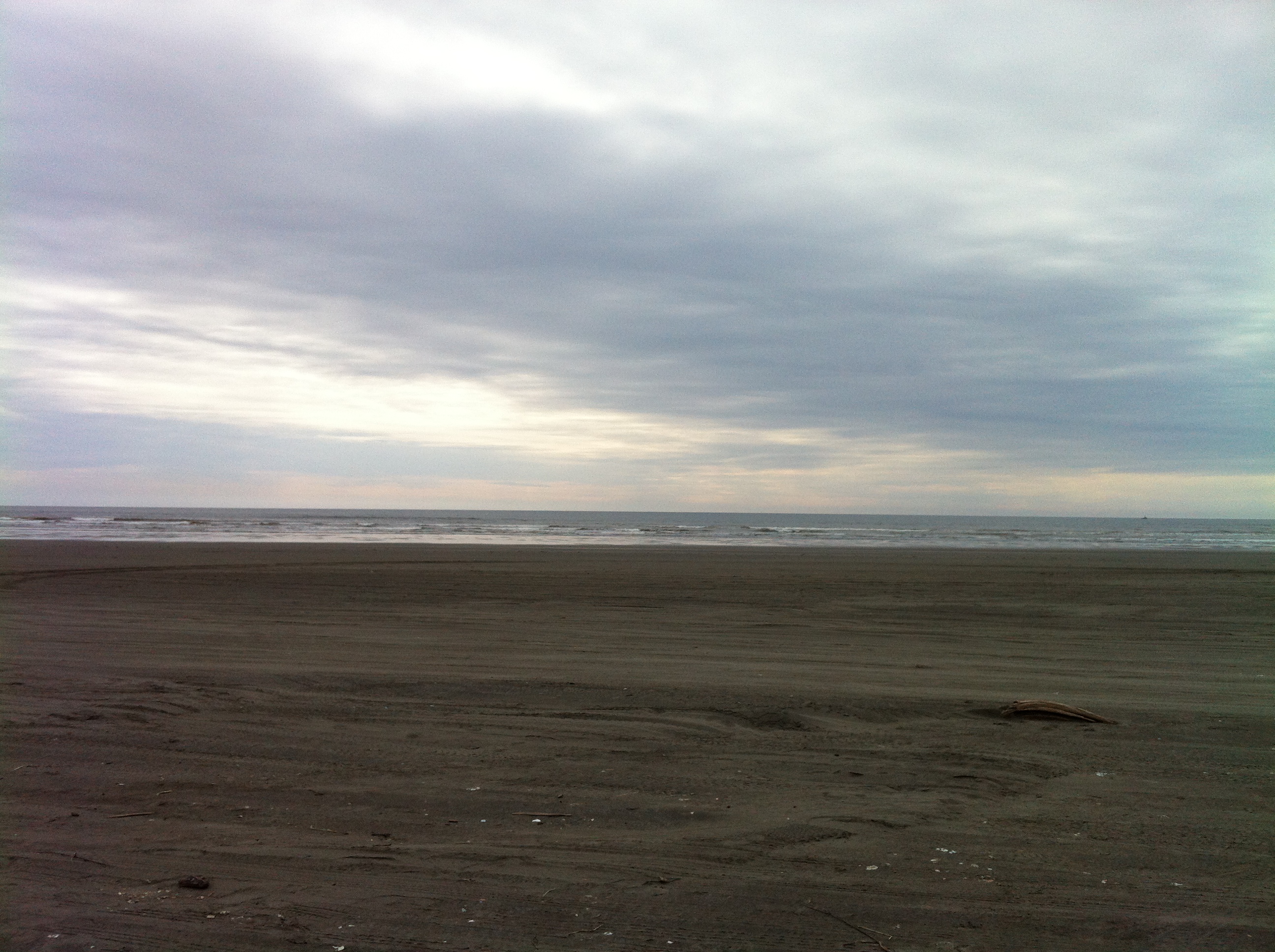 We wandered around a bit, took in the sea air, took a landmark phone call from our realtor informing us she had a buyer for our CLE home (yay!) and decided to head back to the City, and seek food along the way.

We stopped in the rather quiet town of Forks, WA who…well…let’s say…it reached it’s peak quite a long time ago. Has seen better days. We went to the closest “family restaurant” and upon opening the glass front door, I immediately noticed a slightly scratched off decal stating “Twilighters Welcome”! I looked over my back shoulder, and did a quick pan of the main street before stepping in, and did manage to see one other instance of “Twilight” on a sign on a different business.

Was this their cheerleading team? Dance team? We had our burgers and hit the road, but not before noticing Twilight here, Twilight there, and the last straw was a clearly Native American focused arts center, whose sign had obviously been covered up and replaced by one that read “Dazzled by Twilight”. Time to consult The Google.

“Wait a minute…does this have something to do with those books? No…can’t be…” Sure enough, we had accidentally stumbled upon “the actual town where author Stephenie Meyer based her Twilight book series.”.

And hey! According to their web site, George will have fun too!

“Bring your guy along because there’s plenty to do for him as well! Click here for a ‘Guy’s List’ of fun things to do that aren’t Twilight related.”

Wow. You know, I wanted to be all cynical about it given that I’ve found myself unnecessarily snobbish about the books, refusing to read them let alone see the movies based on all of the hype, reviews, and snippets I have read and watched. (Can’t STAND the boring, plastic, emotionless actress who plays Bella).

But here’s the thing. This town looks really down and out. Making themselves “Twilight Town” could be seen as selling out, but really, I don’t think anyone had to invest much cash into this project. They changed a few signs, educated themselves on the books so they could appropriately direct “Twilighters”, and then threw open the doors to see what would happen. If you Google, you’ll find them, and that’s probably 10,000 times more than what you could say before the books came out. Good luck to them.

And now I can say, I have eaten dinner in Twilight Town!

This entry was posted in Adventures in the Human Race, Adventures in Tourism, Uncategorized and tagged Forks WA, Twilight. Bookmark the permalink.
Logging In...